getting the goal.. and beyond.

well, i made it for a minute there. i did the seemingly impossible, losing fifty pounds in about 9 months. weight that took years to accumulate due to ill health and poor choices. weight that i'd never thought i could lose. and here i am.. i crossed the 'finish line', but it's not over yet. 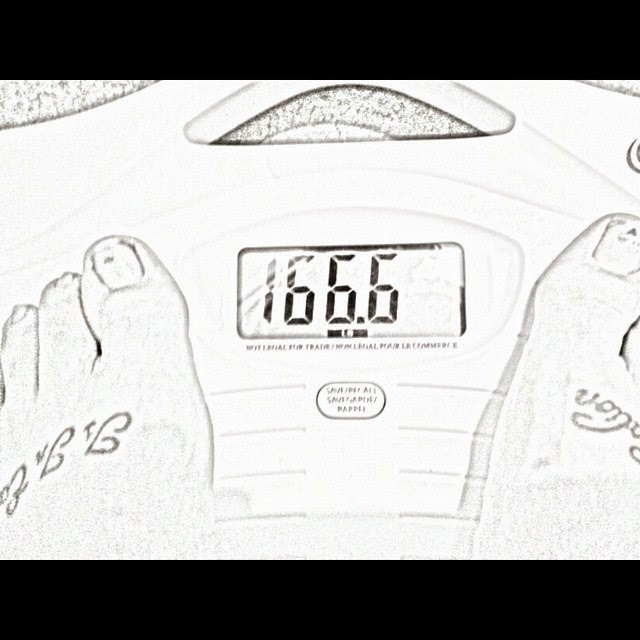 i think a common mistake that people make when they set a goal for themselves most particularly involving weight loss, is thinking 'hey, i made it' and then suddenly stop all the good things they were doing to get them there in the first place. the weight comes back, the individual becomes frustrated and claims that the program or whatever 'didn't work'. of course i've said it before and i'll say it again, maintaining good health involves life-long changes for the better. no matter what you're doing to get there, chances are if you stop and go back to doing whatever you were doing before, you'd end up right where you began. unhealthy and unhappy.

not gonna lie, i did exactly that. but i caught myself soon enough.. one of the reasons i insist on stepping on the scale daily is to keep myself in check. just as it's not easy to tell you've lost weight when you're stuck inside your body, it's also hard to tell you've gained it. especially if it's 'only' five pounds. that extra long weekend of pizza and ciders and and smokes and submarine sandwiches took it's toll. five pounds on, guts in a knot and a yummy cough. gotta love it. nah.. gotta take responsibility, suck it up and get back on that there wagon.

after being a couple months without, i finally had to bite the bullet [ha!] and purchase a new nutribullet. i'd killed mine before leaving home anyways, so i didn't feel so bad getting a new one. now i just have to get back in the habit of using it daily.. at the very least i make sure to have my Shakeology. i know it's a shake mix, but it's delicious and filling and vegan which is a million times better than grabbing a cheeseburger on the go. i still have my hand crank juicer somewhere, but not having a garden to feed the compost to makes me more conscious of the waste. one of my new goals is to try some of those 'super boost' green drinks in the recipe book. and do my best to make them taste as cream as the booster juice... i don't know how they do it! but i will figure it out.

and beyond..
now that i know what 166 looks and feels like, i know my journey to better fitness isn't over. i'm not sure what i was expecting, except maybe to not feel so heavy on my feet. this is true. now that i've achieved this, i'm fairly confident that i can move forward from here with some more specific goals. now that the majority of the pounds that were in my way are gone, i can work on toning muscles, tightening up and maybe even push a little further down the scale.

my main challenge at the moment is re-establishing a routine. i've been kind of vagabonding around since the middle of summer which certainly added to the challenge of maintaining any sort of ritual. now that i've finally decided to settle in somewhere for the winter, i can re-build my healthy habits and work on some new ones. i have to get back on the workout routine for sure, the hills of Vancouver have been quite a help but now that i'm adjusting i have to continue to push my body's limits.

i'm currently working the night shift, which is tiring and not usually a good thing when trying to establish a healthy way of life. but it's my reality right now, and i have to make the best of it. working the opposite of everyone else kind of forces me to have a lot of time to myself, and though that gets a little uncomfortable at times, it's probably exactly what i need right now, so the best thing i can do is embrace it, and make the most of every moment.

well, that's where i'm at right now.. excited to achieve and to move forward. thanks again to all my readers family and friends for your ongoing support and encouragement. without it, i likely wouldn't be writing an ongoing success story. love! until next time..
Posted by Sadie Sea at 6:34 PM