When I started this blog 5 years ago, I was sick, tired and overweight. It took a year to figure out what my body needs to not only survive but thrive, and then another year to make it happen. I worked out a diet and exercise plan, and by the end of 2014 I had lost 70 pounds. After being in BC for a year I fell upon some hard times, and into a deep depression. I managed my way out of it eventually, but had slowly startd to regain the weight. 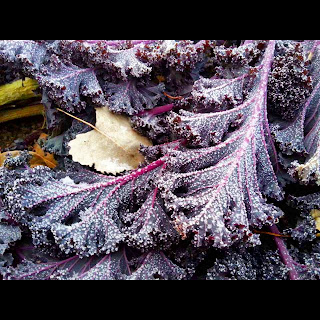 In 2016, I was on my own and homeless. When a close friend passed away in June, I flew home and almost stayed, but I met my now life partner when I returned to BC to pack up shop. By the time we met I had more or less given up on maintaining my health, I was more focused on staying alive and trying to find a place to live. Working full time and sleeping outside meant more fast food than I'm willing to admit, no proper sleep, and boat loads of unavoidable stress.

By the time we had found a place to live, the damage was done. We've been in our home almost a year now, and instead of focusing on my health as I had planned to, I was more focused on maintaining steady work, and grasping at anything to keep this place up and running. The huge veggie garden and remote location meant more fresh food and far less junk, but I was still overloaded with stress a majority of the time, and made no time for myself.

It's a new year, and I want to make it the best one yet. I'm still unsure of my work situation and beyond broke, but I want to make the best of what I have access to. More work will come, but in the meantime I can't let my current situation stress me to death. I swear it, stress is 90% of why I'm sick and gaining weight.

Ironically this past week we've been locked into any ice age, literally.. the two cities nearest to us have been without power, roads closed due to fallen trees and downed power lines, and we spent a couple nights heating the house by generator. Obviously juicing or smoothies or buying fresh produce was out of the question, so I had to focus on what I could do in the moment. Reduce stress, and plan ahead.

This past 5 years I have learned a lot. I'm armed with the knowledge I've accumulated, including knowing from experience that better health and weight loss is possible despite my autoimmune issues. I started 2018 off right this morning with a vegan protein smoothie, a peppermint tea and a freshly charged fitbit.