it's an important tool when on a journey to better health, i find. i never used to care about the numbers, but without some way to measure it's hard to see results. last year i'd used our roommates scale for the first half, then after we moved we went the second half of the year without one. i suppose i felt a little lost because i couldn't tell if i was making a difference, so i finally caved and picked one up at the start of the year.

i spent a majority of my late teens and early twenties wandering around with a rucksack, stopping from time to time to inhabit random dwellings but i never stayed for long. when i was kept busy getting up before sunrise and constantly on the move, my weight was pretty average. i settled into the domesticated life when i came back to town and started working full time night shift. i gained weight quickly, having hashimoto's didn't help my cause. after a couple years i had gone from 150 [which i already thought was heavy] to over 180. i stopped looking.. my heaviest weight was 213 pounds by the start of 2012. oh, i'm 5'5", just in case you were wondering. i'd never had the nerve to take a picture of the scale back then, i was in denial that my weight was out of control.

by sheer force i managed to lose ten pounds, but it took me a year to do it. i leveled out at 205 which stayed my average weight for another year. at the beginning of 2013 i started this blog, and my search for the 'perfect diet and exercise' regime that would help me lose weight. i lost a few pounds here and there, i think i'd lost about ten pounds total [all of which i gained back], but at least i'd gained hope that it is possible to make the numbers go in the other direction.

when i stepped on the scale today, i was half expecting my numbers to have gone up a couple notches for having 'fallen off the wagon' a few days ago and had a veggie burger combo, and the next day a small order of fries. i'd kept up with the juicing and other healthy inputs of course, but still.. i was totally shocked when i looked down. i really couldn't believe it, i had to reset the scale a few times and rub my eyes to make sure everything was working right. 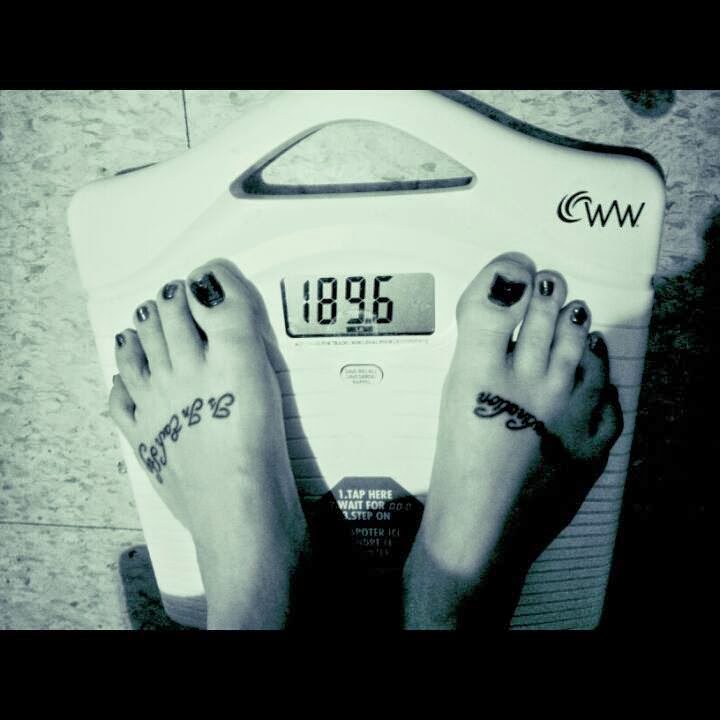 189.6! i can't even remember the last time i saw a number under 190. i know it's just a pound less than the last time i mentioned my weight, but it still seems so surreal! i suppose i didn't want to get my hopes up on bringing my weight down, and it was super extra satisfying to know i made it under my next expected plateau. i mean, it could still be one, but i'm staying positive. hard work and dedication and self-education truly does pay off. until next time.... yay!
Posted by Sadie Sea at 2:17 AM